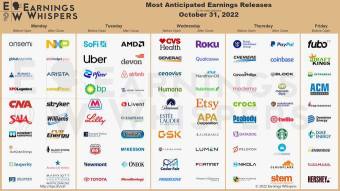 ColumnNFL season is kicking off, here are the stocks may boot during the sport season

No content on the website shall be considered a recommendation or solicitation for the purchase or sale of securities, futures, or other financial products. All information and data on the website are for reference only and no historical data shall be considered as the basis for predicting future trends.What is National Football League-NFL?The National Football League (NFL)is a major U.S. professional gridiron football organization, founded in 1920 in Ohio. It is the highest professional level of American football in the world and is also considered one of the most popular professional sports organizations in the world.The NFL is made up of 32 teams split between two conferences: the National Football Conference and the American Football Conference. Each conference is divided into four geographically based four-team divisions. Teams play a 16-game regular-season schedule which is divided into divisional games, intra-conference games, and inter-conference games. The NFL Championship Game is called the "Super Bowl".The 2021 NFL season is the 102nd season of the National Football League. The regular season started on September 9, 2021, and scheduled to end on January 9, 2022.The stocks to watch during the 2021 NFL seasonSports bettingwill be infused into the NFL experience more than ever this season. According to the NFL official announcements:- in April, the NFL announced its first-ever U.S. sportsbook partnerships with$Caesars Entertainment(CZR.US)$,$DraftKings(DKNG.US)$, and as part of those deals, in addition to having the exclusive right to leverage NFL marks within the sports betting category, integrate into NFL O&O properties, and activate around retail and online sports betting.- in August, the NFL has reached agreements with FOX Bet, BetMGM$MGM Resorts International(MGM.US)$, PointsBet(PBH.ASX), and WynnBET$Wynn Resorts(WYNN.US)$to become Approved Sportsbook Operators for the 2021 NFL season. These agreements make all four operators eligible to purchase NFL in-game commercial units and other select NFL media inventory.Also, accroding to Dow Jones Newswires, the market is paying close attention to thestreaming service platformsduring this sports season:-$Amazon(AMZN.US)$could pay the NFL $2.5 billion to stream 'Sunday Ticket' games, which consider as the frontrunner among bidders.- Other companies that could be competing with Amazon for more NFL broadcast rights (such as 'Sunday Ticket' games) are brands$Apple(AAPL.US)$,$Alphabet-A(GOOGL.US)$,$Netflix(NFLX.US)$, and$Disney(DIS.US)$.- The current streaming servicers include Paramount+ by$Paramount Group Inc(PGRE.US)$, FOX Sports by$Fox Corp-B(FOX.US)$, ESPN by$Disney(DIS.US)$, Prime Video by$Amazon(AMZN.US)$.Read more:Amazon is the front-runner to acquire NFL Sunday Ticket packageThese sports betting stocks could be boosted as NFL season kicks off, says analystSource: NFL, SportingCharts, Dow Jones Newswires
16
1 Comment · 164K Views
Like
Comment
Share