What Is The Federal Open Market Committee (FOMC)? 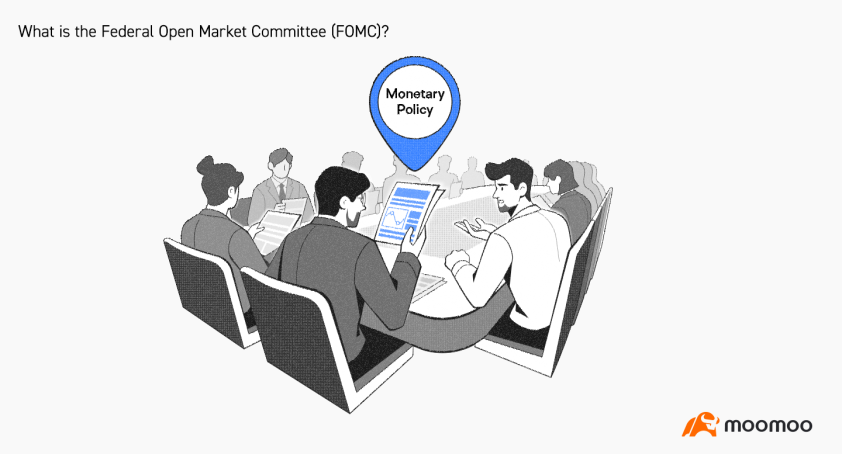 The Federal Open Market Committee (FOMC) is a branch of the Federal Reserve System that sets the course of monetary policy specifically by carrying out open market operations (OMOs).

Open market operations involve the buying and selling of securities on the open market. Securities bought by the FOMC are deposited in the Fed's System Open Market Account (SOMA), which consists of both domestic securities and foreign currency portfolios. The domestic portion holds U.S. Treasuries and federal agency securities, while the foreign portfolio holds investments denominated in euros and Japanese yen.

Simply put, there are several steps involved in the FOMC’s open market operations. The process begins with the FOMChaving one of its regular meetings. Next, the decisions made at the meeting are communicated to the SOMA manager, who then relays them to the trading desk at the Federal Reserve Bank of New York. The Reserve Bank then conducts transactions ofsecurities on the open market to adjust the supply of reserve balances so as to keep the federal funds rate around the target established by the FOMC.

The rotating seats are filled from the following four groups of Banks, one Bank president from each group: Boston, Philadelphia, and Richmond; Cleveland and Chicago; Atlanta, St. Louis, and Dallas; andMinneapolis, Kansas City, and San Francisco.

Nonvoting Reserve Bank presidents attend the meetings of the committee, participate in the discussions, and contribute to the committee's assessment of the economy and policy options.

Members of the committee typically fall into threetypes: hawks favoring tighter monetary policies, doves who support stimulus packages, and centrists/moderates who are somewhere in between.

The Federal Open Market Committee (FOMC) has eight regularly scheduled meetings each year, but they can meet more often if it's necessary.

During the meeting, FOMC discuss developments in the local and global financial markets and economic forecasts. All participants—the Board of Governors and all 12 Reserve Bank presidents—share their views on the country's economic status and discuss which monetary policy would benefit the US most.

After much deliberation by all participants, only designated FOMC members have the right to vote on the monetary policy, which will result in either buying or selling securities on the open market.

The meetings are not held in public and thus are closely watched and even speculated by Wall Street. The stock market generally reacts strongly to any changes in monetary policy. In recent years, FOMC minuteshave been made public after each meeting.