What Is Moving Average Convergence Divergence(MACD)? 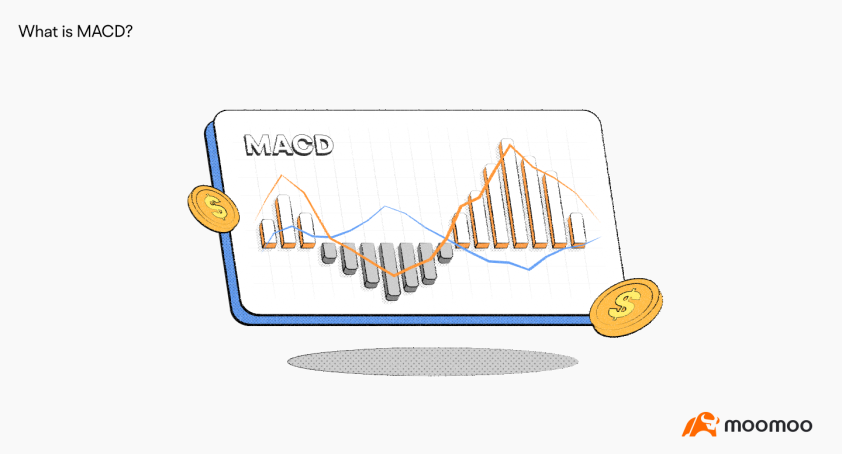 Moving Average Convergence and Divergence (MACD) was proposed as a trend-following momentum indicator by Geral Appel in 1979. 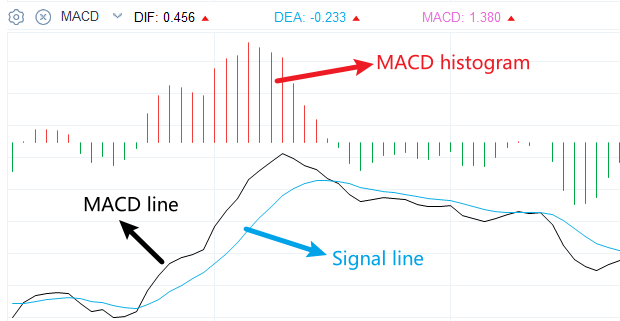 The basic idea of the MACD line is that the shorter-term EMA reflects current price action, whereas the longer-term one indicates earlier. So, if there is a good separation between these two EMAs, the market is trending either up or down. And the MACD histogram, which oscillates around a zero line, indicates the strength of the trend.

How to interpret MACD?

The crossovers of the MACD line and the signal line can indicate a price change trend. Some examples are shown in the following charts.

A bullish signal is identified when the MACD line crosses from below to above its signal line. 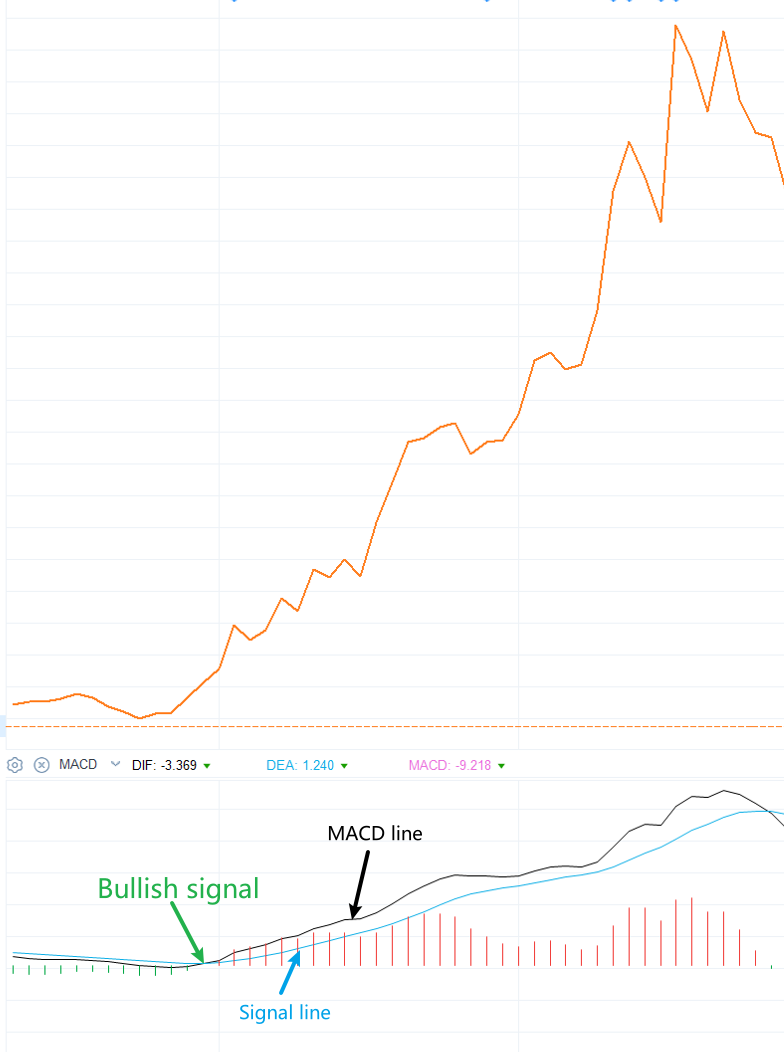 A bearish signal isidentified when the MACD line crosses from above to below its signal line. Divergence is shown when the MACD line and the price have opposite trends. The divergence signal may indicate the possible reversal of a trend.

For example, if the MACD line is trending higher as the price makes a lower low, a bullish divergence occurs, indicating the price movement may turn bullish.

Conversely, if the MACD line is trending lower as the price records a higher high, a bearish divergence occurs, indicating the price movement may turn bearish. 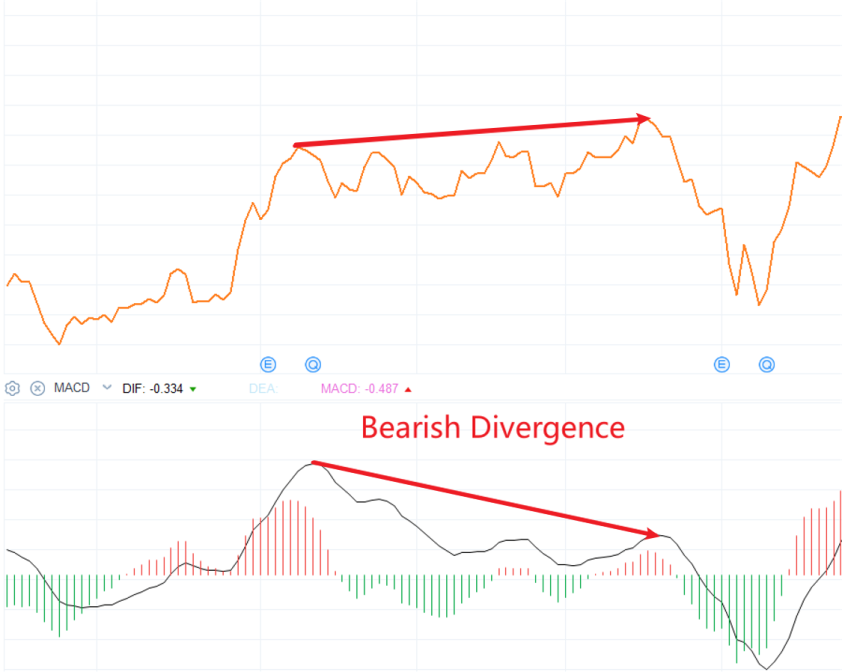 The MACD is a simple and useful indicator, but it still has some limitations.

Since moving averages are lagging indicators because they measure how a stock's price has changed over a period of time,they tend to signal late. Typically, the market trends move a few days before a fast-moving average crosses a slower-moving average. By the time the MACD crossover finally signals, it may have missed some gains and, in the worst-case scenario, may have been shaken when the market turned in the opposite direction.

While the crossover strategy has limitations as a lagging indicator, the momentum divergence strategy has the opposite problem. It can signal a reversal prematurely, causing traders to trade at the wrong time. The problem arises because converging or diverging trends do not always lead to reversals.

So,it is better to use other indicators or time frames in conjunction with a crossover or momentum divergence strategy.