What Is The Securities And Exchange Commission(SEC)？ 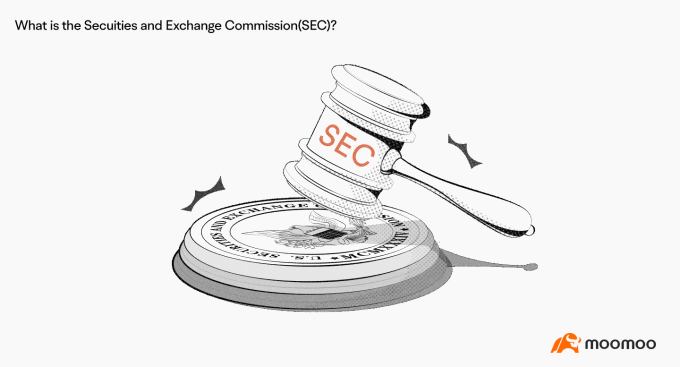 ● As an independent federal regulatory agency established by the US Congress, the Securities and Exchange Commission (SEC) is responsible for regulating the securities markets and is the top agency in the US securities industry.

● The commission can itself bring civil persecutions against lawbreakers, and also works with the Justice Department on criminal cases.

The SEC is a federal agency responsible for regulating the securities markets and protecting the rights and interests of investors.

The SEC was established according to the Securities Exchange Act of 1934. Since it’s the oldest securities regulatory agency in the world, we generally refer to it when talking about securities rules and regulations.

Established by the US Congress, the SEC is an independent quasi-judicial agency subordinate to the federal government. It is the top agency in the US securities industry.

The SEC was created to protect investors, maintain fair, orderly, and efficient functioning of the securities markets, and facilitate inflow of household and state capital into the capital markets.

Under its influence, Thailand, the Philippines, Sri Lanka, Nigeria, Ghana, and many other countries have set up their own securities regulatory agencies.

History of the SEC

Prior to the SEC’s creation, oversight of the trade in stocks, bonds and other securities was virtually nonexistent, which led to widespread fraud, insider trading and other abuses.

The SEC was created in 1934 as one of President Franklin Roosevelt’s New Deal programs to help fight the devastating economic effects of the Great Depression and prevent any future market calamities.

How the SEC works

After nearly 90 years of development, the SEC is now headquartered in Washington DC. It is headed by five commissioners appointed by the president, whose terms all last five years and one of whom is designated as chair.

The two acts allow the SEC to pursue civil actions against wrongdoers and also work with the Justice Department on criminal cases.

As mentioned in its official website, in civil suits, the SEC seeks two main sanctions to regulate the securities markets:

Injunctions. A person or company that ignores an injunction is subject to fines or imprisonment for contempt.

Civil monetary penalties or the return of illegal profits. The SEC also reserves the right to seek a court order barring or suspending individuals from acting as corporate officers or directors, and bring proceedings including revoking or suspending registration.