What Are Bollinger Bands? 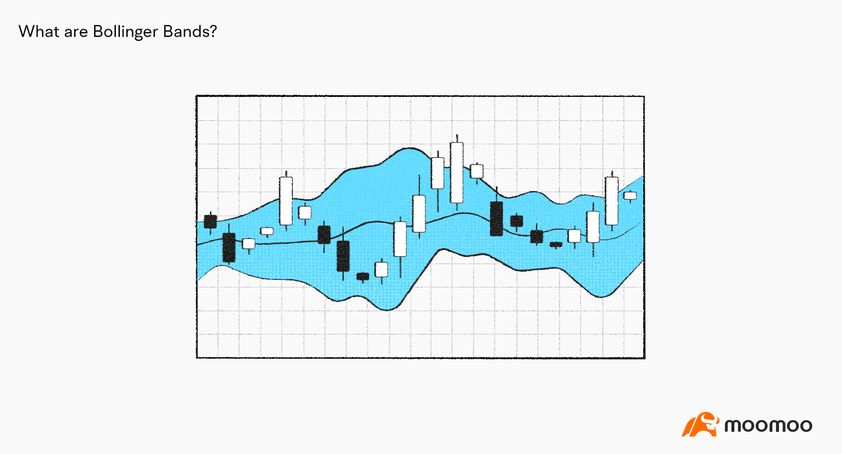 Developed by technical trader John Bollinger in the 1980s, Bollinger Bands are a type of chart indicator that has been widely used in technical analysis. The indicator can be applied in many markets, including stocks, futures, and currencies.

(The Simple Moving Average (SMA) is formed by calculating the arithmetic average price over a certain period of time and using those points to create a smoothed line. For example, for a five-day moving average, the average of each five-day subset is calculated, and then a line is drawn that connects those data points.)

Bollinger Bands have two parameters, Period and Standard Deviations. Most trading applications use a 20-period moving average and two standard deviations as default values. However, traders can customize the parameter combinations.

Bollinger Bands are a volatility indicator that measures the relative high or low of a security's price in relation to previous trades. When the markets become more volatile, the bands widen; during less volatile periods, the bands contract.

How to use Bollinger Bands

When the bands tighten during a period of low volatility, a sharp price move in either direction becomes more likely, which may begin a trending move. When the bands separate by an unusual amount, volatility increases, and any existing trend may end.

As a trending move is formed, the potential price action in the immediate future occurs between the upper and lower bands of Bollinger Bands.

The price exceeding the upper band means a higher possibility of dropping, which could be a selling signal. The converse is true for price breaking the lower band.

Bollinger Bands can also be used to determine how strong the rising or falling trend is. For example, if an uptrend is strong enough, it will reach the upper band regularly and vice versa.

What's more, Bollinger Bands could be used to predict when the price trend is potentially reversing or losing strength. Generally, a price in the uptrend should not touch the lower band, and if it does, it is a warning signal for reverse or that the stock is losing strength.

Although Bollinger Bands are a helpful tool for technical traders, traders should consider a few limitations before using them.