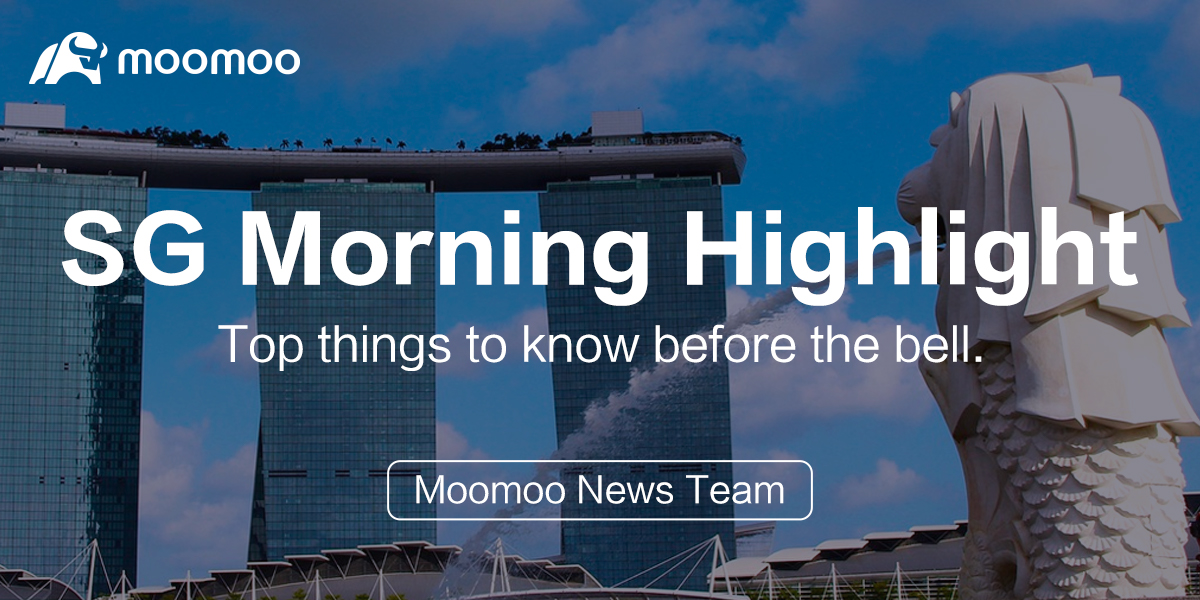 Valid acceptances and the total shares owned, controlled or agreed to be acquired by the offeror Woh Seng Holdings and its concert parties amounted to 90.15 per cent as at 6pm on Monday.

$SGX(S68.SG)$: The bourse operator on Monday launched what it has called the world's first environment, social and governance (ESG) real estate investment trust (Reit) derivatives, the SGX Nikkei ESG-Reit Index Futures contract, which aims to meet rising demand for integrating ESG considerations into investment portfolios. SGX shares rose 1.5 per cent or S$0.16 to close at S$10.71 on Monday, before the announcement.

$Stamford Land(H07.SG)$: The luxury hotel owner-operator is reportedly looking to sell six of its vacant properties in Australia and New Zealand, comprising a total of 1,569 rooms, for a total of more than A$1 billion (S$1.02 billion). In March, Stamford Land said in a regulatory filing that it was "exploring the possibility" of divesting part of its hospitality portfolio, but would continue to maintain its hotel management business, and sales proceeds from selling hospitality assets will be re-invested into its core investment properties businesses. Shares of Stamford Land rose 9.7 per cent or 4.5 Singapore cents to close at 51 cents on Monday.

$CSC(C06.SG)$: The engineering specialist on Monday evening said its Singapore foundation operations has maintained "sufficient stock" of key construction materials that are typically supplied from Malaysia to last through Malaysia's extended total lockdown for its ongoing projects in Singapore. CSC's operations in Malaysia will remain suspended during the extended lockdown, which CSC said "may affect the group's performance" for the financial year ending March 31, 2022. Before the announcement, shares of CSC fell 0.1 Singapore cent or 7.1 per cent to close at 1.3 cents on Monday.

$Grand Banks(G50.SG)$: The luxury recreational motor yacht producer said it expects the extended Malaysian lockdown, which has led to continued suspension of operations at its manufacturing yard in Pasir Gudang in Johor, to affect its performance for the fourth fiscal quarter ending June 30, 2021. Its stock finished flat at S$0.30.

Trading halt: $Rex Intl(5WH.SG)$ on Tuesday morning requested a trading halt, pending the release of an announcement. Shares of Rex International on Monday closed at 19 Singapore cents, up 0.8 cent or 4.4 per cent.

$EcoWise(5CT.SG)$ also called for a trading halt before market open on Tuesday, pending the release of an announcement. Its shares closed on Monday at 7.8 Singapore cents, up 0.1 cent or 1.3 per cent.