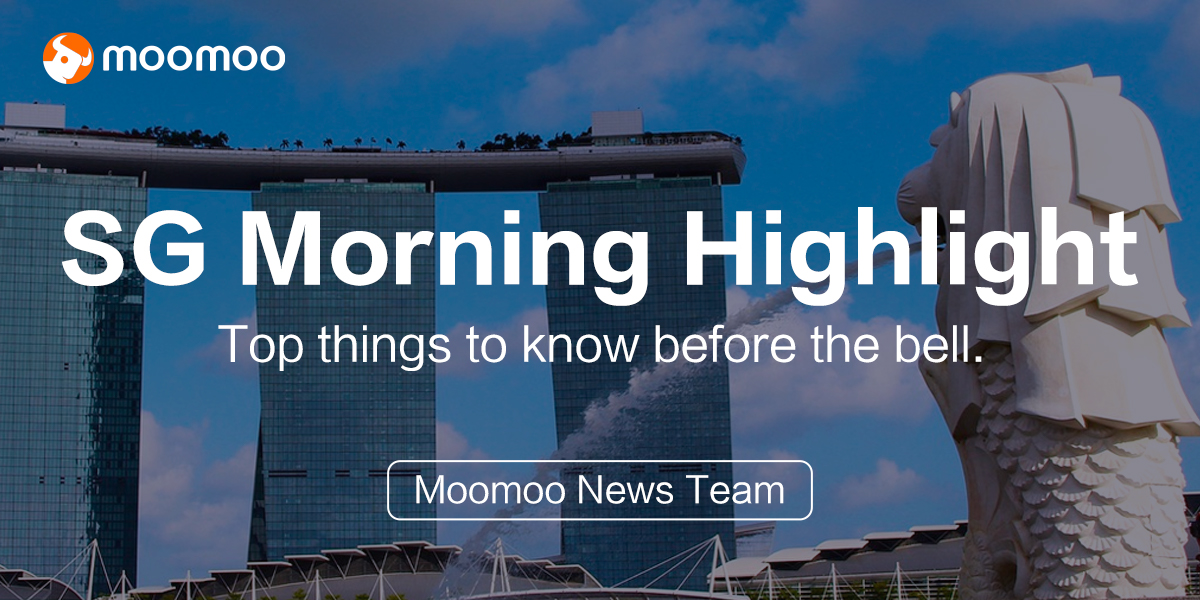 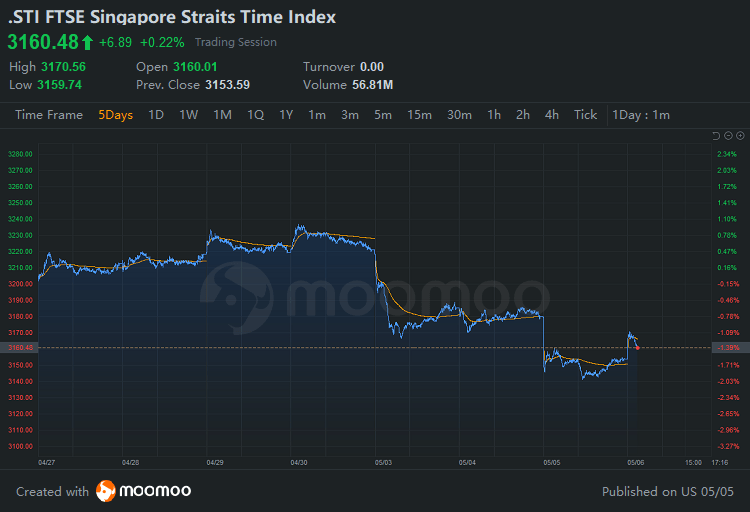 $UOB(U11.SG)$ said it will look at assets that Citi is putting up for sale in Asia Pacific, joining its Singapore peers in hunting down acquisitions for growth.

The bank said this on Thursday, as it posted an 18 per cent rise in net profit for the first quarter that beat estimates.

The rebound was driven by record fee income and smaller impairment charges.

$SPH(T39.SG)$ on Thursday morning called for a halt in the trading of its shares pending the release of an announcement. The halt was called at 7.37 am before the market opened.

In a media advisory, the company said it will be announcing a "significant corporate development" today.

$UOB(U11.SG)$: The bank posted an 18 per cent increase in net profit for Q1 2021. This rebound was driven by record fee income and smaller impairment charges, said the bank in an exchange filing on Thursday morning. Net profit for the first three months ended March 31, 2021 stood at S$1.01 billion, compared with S$855 million in the year-ago period. UOB ended 0.5 per cent or S$0.13 lower at S$26.30 on Wednesday.

$ARA HTrust USD(XZL.SG)$: It posted a 9.5 per cent rise in distribution per unit to 3.8 Singapore cents for the first half ended March 31, from 3.47 cents in the comparative period the year before. This came amid a record rise in revenue contributed by Frasers Logistics Trust's merger with Fraser Commercial Trust in April 2020. FLCT units closed flat at S$1.47 on Wednesday.

$SingPost(S08.SG)$: The group has posted a net profit of S$16.7 million for the half year ended March, down 55.7 per cent mainly due to Covid-19 related disruptions. This was partly offset by higher earnings contribution from the logistics segment as well as the absence of losses from discontinued operations, said SingPost in its filing on Thursday morning. Its shares closed on Wednesday down one Singapore cent or 1.3 per cent at 75.5 cents.

$DairyFarm USD(D01.SG)$: The retail group said on Wednesday that its overall business performance for the first quarter of this year continues to be "significantly affected" by the Covid-19 pandemic. First-quarter performance of its grocery retail store Yonghui in China dipped from the previous year's high base. Gross profit margins also fell as a result of increased competition, said the group in a bourse filing. Shares of Dairy Farm closed 1.1 per cent or US$0.05 at US$4.34, prior to the announcement.

$HongkongLand USD(H78.SG)$: The property developer said in an interim update for Q1 2021 that it is unclear on how the Covid-19 pandemic will affect its full-year results. The group's attributable interest in contracted sales in Singapore fell to US$89 million in the three months from US$170 million in the year-ago period which was attributed to the timing of sales launches. Shares closed on Wednesday at US$4.84, lower by S$0.01 or 0.2 per cent, before the announcement.

$Mapletree Ind Tr(ME8U.SG)$: In a corporate update on Wednesday, the trust said that it remains resilient, owing to its large and diversified tenant base. The manager also noted the trust's strong balance sheet, with more than S$600 million of committed facilities available and an interest coverage ratio of 6.4 times for Q4 FY20/21. Units of MIT ended Wednesday down S$0.03 or 1.1 per cent at S$2.79 before the announcement.

$UMS(558.SG)$: The offer price of S$0.20 a share in cash will not change, said the mainboard-listed precision engineering firm in a bourse update on Wednesday, despite an error in the original offer document. UMS shares shed S$0.04, or 2.9 per cent, to S$1.35 at Wednesday's close, before the news.

Trading halt: $SPH(T39.SG)$ requested a trading halt on Thursday morning pending the release of announcements. Shares of SPH ended 1.1 per cent or S$0.02 lower at S$1.79 on Wednesday.

This presentation is for informational and educational use only and is not a recommendation or endorsement of any particular investment or investment strategy. Investment information provided in this content is general in nature, strictly for illustrative purposes, and may not be appropriate for all investors. It is provided without respect to individual investors’ financial sophistication, financial situation, investment objectives, investing time horizon, or risk tolerance. You should consider the appropriateness of this information having regard to your relevant personal circumstances before making any investment decisions. Past investment performance does not indicate or guarantee future success. Returns will vary, and all investments carry risks, including loss of principal.

Moomoo is a financial information and trading app offered by Moomoo Techonologies Inc.