What Is Merrill Lynch's Investment Clock? 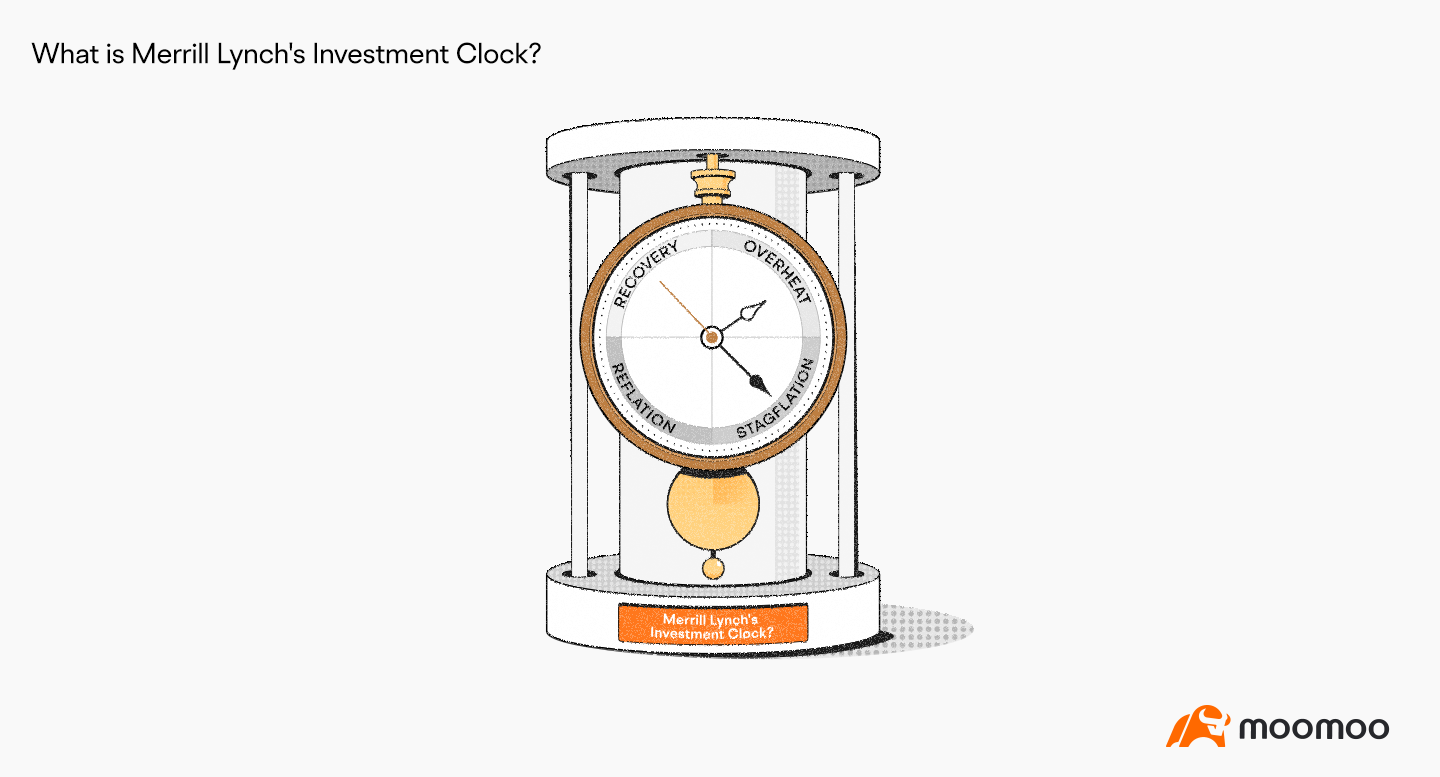 What is Merrill Lynch's investment clock?

Merrill Lynch,  one of the most well-known investment banks of the time, was acquired by Bank of America in 2009 in the wake of the 2008 financial crisis. Prior to its acquisition by Bank of America, the company was a leading player in the subprime mortgage market, which collapsed in 2007. While at Merrill Lynch, Trevor Greetham developed the "Investment Clock" concept.

Each phase is comprised of the direction of growth and inflation relative to their trends. You can see these four phases in the charts below by Merrill Lynch.

Here's a breakdown of each phase.

Phase 1 – Reflation: Sluggish growth and low inflation. The economy is plagued by overcapacity and declining demand, which lowers commodity prices and pulls down inflation. The stocks are suffering in a bear market, but bonds are expected to be the most welcomed asset thanks to the generous monetary and fiscal support from governments and central banks (bail-out, cutting rates, and stimulus programs).

Phase 2 – Recovery:Central bank easing is starting to drive growth above trend. Although growth is recovering, inflation remains weak as there is still excess capacity. Soaring growth and low level of inflation are the goldilocks phase of every economic cycle. Stocks are the most favorable asset class in this phase.

Phase 3 – Overheat: Growth peaks and slows down, and inflation is rising. Rising inflation spurs the central bank to hike rates, usually causing bond yields to increase. The bond market enters a bear market. At the same time, stocks become less attractive than in phase 2 in a rising interest rate environment. However, in this phase, the price of commodities rises apparently, making it the best asset class.

Phase 4 – Stagflation: GDP growth slows, but inflation is still high. Productivity is falling, and a wage-price spiral is developing as companies raise prices to protect compressing margins. This continues until a sharp increase in unemployment breaks the cycle. Central banks maintain high rates until they rule inflation, causing the yield curve to invert. At this stage, cash is the best asset.

Below is a chart that illustrates this process.

How to use the Merrill Lynch investment clock

Merrill Lynch's investment clock is a simple yet helpful framework for understanding various business cycle stages. The theory suggests people invest based on the current stage of the economy.

It's a basic theory, especially for long-term investors who invest in stocks, ETFs, futures, commodities, and bonds.

A classic boom-bust cycle would start from the bottom left and move clockwise as bonds, stocks, commodities, and cash outperforms in turn.

However, the actual market is always more complicated than theory.