What Is A Delisting? 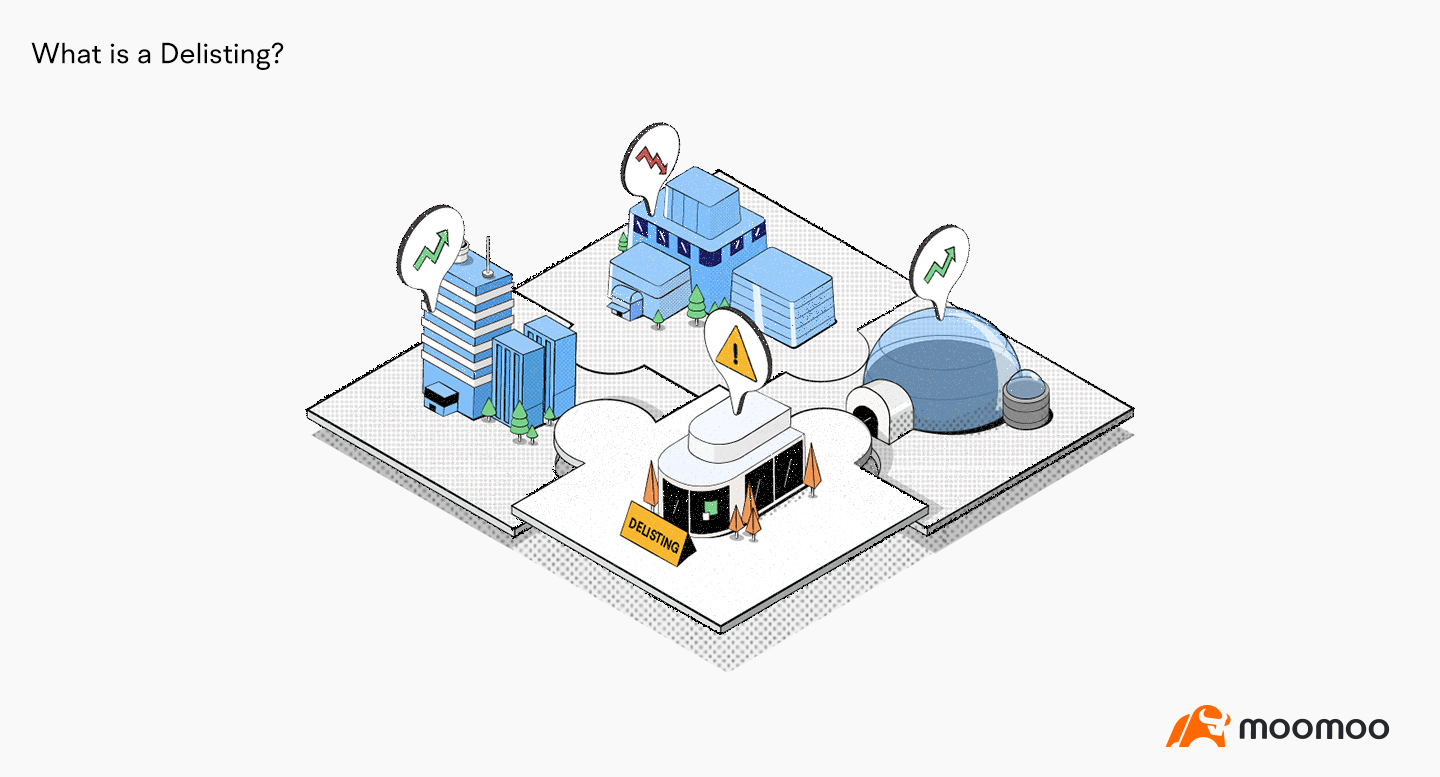 ● Delisting means the removal of a listed stock from a stock exchange, and it can be voluntary or involuntary

● Reasons for voluntary delisting may be mergers, takeovers, or companies wanting to go private. Apart from political factors, involuntary delisting usually means that the company failed to meet listing requirements set by an exchange, which include regulatory, financial, and trading standards

A company can be listed and can also be delisted. Delisting means the removal of listed security from a stock exchange. Once delisted, the stock can no longer be traded on that exchange unless it is listed there again.

In America, delisting occurs frequently,  with a large part being voluntary.

When a company fails to meet the exchange's listing requirements, it will receive a warning from the exchange where it is listed. The warning usually comes with a deadline which gives the company some time for adjustments. If non-compliance still exists by the deadline, the exchange will delist the company's stock.

A stock can be delisted for various reasons.

In voluntary delisting, reasons can be mergers, takeovers, and financial restructurings. The company may also delist to go private or reduce expenses and temporal costs for decision-making.

For example, Burger King has delisted twice, voluntarily both times, from the New York Stock Exchange(NYSE). In 2010, it went private after being bought by 3G Capital. It was relisted two years later but merged with Tim Hortons in 2014and got delisted again.

For example, Luckin Coffee was heatedly-discussed in 2020 because of financial fraud and ended with delisting from Nasdaq.

In particular, a price trading below $1 per share for a specified length of time is the most common reason.

Pets.com, which sold pet food and accessories on the Internet, was established in 1998. It was popular earlier, but its stock price fell below $1 later due to high transportation costs and marketing expenses, which eventually caused its delisting.

In addition, some political factors may also play a role in involuntary delistings. Delistings of China Mobile, China Unicom, and China Telecom from the New York Stock Exchange are a few examples.

What effects will delisting make on investors? Let's take the US market as an example.

Firstly, delisting does not affect your ownership, and you still own your shares.

If a company delists voluntarily for reasons like mergers or going private, the company generally will offer a buyback of its shares at a premium price. You can sell your shares back to the company within the given time. The repurchase can be in the form of cash or new shares.

If you prefer not to do so or the delisted company doesn't offer a buyback,  you can often sell your shares in the over-the-counter market. However, it is more difficult for you to find the right buyer in this market. And it gets riskier, too.

Another situation is that some delisted companies will choose to go public on another market.

If the new listing precedes the delisting, investors can convert their shares into the new market's shares in a particular proportion so they won't be impacted much. If its delisting happens ahead of the new listing, it is similar to going private for investors.

The information contained herein is for educational purposes only. Nothing discussed should be considered investment advice.

An investment is like planting a seed, you expect it to grow into a tree with fruit.

Capital is important for company growth and wealth creation.

What is an Initial Public Offering (IPO)?

Imagine a company as a big pie, and equity is a slice of it.