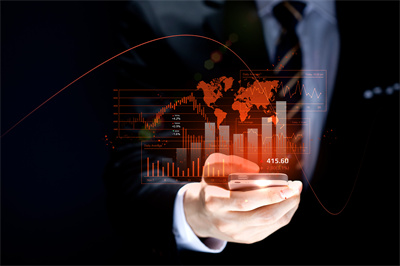 It’s an exciting time on Wall Street. Broader market indices, including the S&P 500 and Nasdaq 100, are hovering near all-time highs. But while leading stocks continue to deliver lucrative returns, many businesses have gone through a volatile summer. Those companies with shaky fundamentals, such as special purpose acquisition companies (SPSCs) or unprofitable tech firms, have recently seen their shares slide considerably. Meanwhile, September has meant choppiness in the markets. Therefore today, I would like to discuss seven stocks to sell as the final quarter of 2021 approaches. It’s a good time of the year to identify which stocks to sell to lock in profits.

Certain categories of stocks look particularly vulnerable these days. As life returns to normal, some tech names that have enjoyed powerful tailwinds during the pandemic may see their momentum fade. Others display high valuation levels given their business models.

For instance, the recent declines we’ve seen in the SPAC space have once again revealed that companies need to reach profitability sooner than later to justify their valuations.

In this context, we need to remind our readers that financial advisors caution against making any significant changes to an overall investment strategy based on any single period of downturn. While September and even October tend to be rough months for stocks, the market has proven to recover as we get closer to November.

The stocks in the following list aren’t necessarily bad businesses and they’re not doomed to fail. They are simply dealing with considerable downward momentum for one reason or another. With that information, here is our list of seven high-risk stocks to sell in September to lock in profits while you can.

What a year it has been for long-term shareholders in the meme stock AMC Entertainment. The group operates approximately 1,00 theatres with over 11,000 screens in 15 countries.

On the results, CEO Adam Aron remarked, “We raised yet another $1.25 billion of new equity capital (before commissions and fees) in the quarter, boosting our quarter ending liquidity to more than $2 billion (including cash and undrawn revolving lines of credit) which is about double the previous highest ever such mark in AMC’s 101-year history.”

The movie theater business has been shrinking for the past two decades, which would already place this among the potential stocks to sell before you even look at fundamentals. Box office ticket sales for AMC are still about 30% below what they were two years ago. AMC burned through almost $580 million in cash during the first six months of 2021.

Given its $5.5 billion corporate debt along with $420 million in deferred rent payments, many analysts point out that AMC has little chance of repaying its obligations. Given the popularity of streaming services, there is a big probability that AMC will never recover back to its pre-pandemic operating performance.

As AMC’s current valuation is completely detached from its shaky fundamentals, now might be a good time to take home the recent gains. Thanks to the meme stock frenzy, AMC stock has surged more than 1,700% in 2021. It currently hovers at $40. AMC shares trade at 13 times current sales

New York-based Aterian offers a customer data and marketing platform. As InvestorPlace.com’s William White has recently written in detail: “Aterian is a consumer products platform that has deals with multiple other companies. Among them are Shopify (NYSE:SHOP), Walmart (NYSE:WMT), and Amazon. It also offers up its own collection of products for customers to purchase through these stores via its 14 brands.”

CEO Yaniv Sarig remarked, “Despite the difficult environment and significant increase in product variable cost, our sales grew on average 20% on a proforma basis across all fourteen brands compared to the second quarter of 2019.”

Aterian attracted significant short interest due to sluggish business performance, as well as a bearish report from Culper Research earlier this year. The report alleged that the e-commerce group had some shady business connections.

In addition, given that the company resells low-cost items, long-term earnings growth remains ambiguous. And the continued stock dilution presents an additional risk for shareholders, as the company is using new stock offerings to fund purchases and internal operations.

Short-squeeze excitement as a meme stock has fueled significant gains for Aterian stock, but the momentum seems to be fading. ATER stock hovers at $12. The shares have plunged almost 75% from its mid-February high after an impressive surge.

Now, it is down 30% year-to-date (YTD). Even so, the company’s stock is still up more than 270% over the past month. If you have been able to ride the wave up, you might want to enjoy at least some of your profits.

Consumers use the DoorDash app to order food for pickup or delivery. It generates revenue from the commissions and fees it charges restaurants and customers.

The company announced Q2 results in mid-August. Revenue grew 83% YOY to $1.2 billion. GAAP net loss came in at $102 million, or 30 cents loss per diluted share, compared to a net income of $23 million in the prior-year quarter. In other words, DoorDash is not a profitable business. Free cash flow stood at $198 million. Cash and equivalents ended the quarter at $4.7 billion with no debt.

Food delivery is a business with scarcely any barriers to entry. A recent survey by Bloomberg indicates that DoorDash, Just Eat (NASDAQ:GRUB), and Uber Eats owned by Uber share up to 40% of their customers.

Thus, these companies spend continuously for customer acquisition. Revenue growth has consistently declined since the third quarter of 2020. And DoorDash has recently warned investors to expect a seasonal downturn for the rest of the year.

Despite the surge in online food orders at the height of the pandemic, DoorDash reported a net loss of $7.39 per share for 2020. The net loss has carried through the first half of 2021, with losses of 64 cents per share. In addition, large shareholder Softbank (OTCMKTS:SFTBY) recently sold a significant portion of its DASH stock holdings, which may contribute to further selling pressure on DASH stock.

DASH shares hover at $220 territory. They are up 54% this year and trade at almost 18 times sales. It might be a good time to move the capital in DoorDash to another robust stock.

Following the results, CFO Jason T. Liberty remarked, “We are very optimistic with our accelerated start in the United States and globally. We anticipate 80% of our fleet to be back in service by year-end, delivering the world’s best vacations.”

Revenues are expected to decline in the fiscal year 2021 to under $2 billion, as the spread of the delta variant causes customers to hold back on cruising. Royal Caribbean’s total debt stands at over $20 billion in Q2.

Additionally, many countries still seem divided regarding the uptake of vaccines. Cruise lines may have little option but to exclude unvaccinated customers from their vessels. Put another way, the cruise industry could still take several years to make a full recovery. RCL stock sells for $89. It is up almost 20% YTD. The shares trade at 50 times forward earnings and 2.7 times book value.

Teladoc served a vital role during the Covid-19 crisis, delivering healthcare to people who couldn’t go to hospitals or doctors’ offices at the height of the pandemic. However, despite a significant first-mover advantage, Teladoc was unable to achieve profitability during the most optimal conditions for its business in the past year.

The surge in demand for telemedicine in 2020 is expected to slow down as life goes back to normal. The anecdotal evidence suggests that many patients now want to see their doctors in person.

Moreover, other competitors are emerging in the telemedicine space, including Amazon (NASDAQ:AMZN) and CVS (NYSE:CVS). As barriers to entry are relatively low, several health insurance companies are also on track to develop their own telemedicine offerings.

TDOC stock trades at $135 territory. It is down 55% from its mid-February high and down 30% YTD. The shares trade at 11 times current sales.

Uber Technologies operates platforms and apps that match riders with drivers, hungry people with restaurants and shippers with carriers.

The group released Q2 results in early August. Revenue grew 105% YOY to $3.93 billion. Net income came in at $1.14 billion or 58 cents per diluted share, compared to a net loss of $1.78 billion, or $1.02 per diluted share, in the prior-year quarter. Unrestricted cash and short-term investments stood at $5 billion at the end of the quarter.

CEO Dara Khosrowshahi remarked, “In Q2 we invested in recovery by investing in drivers and we made strong progress, with monthly active drivers and couriers in the US increasing by nearly 420,000 from February to July.”

The ride-sharing industry is essentially a commodity-type business with little brand loyalty among users. As a result, Wall Street constantly debates whether the business model is sustainable. Riders need lower prices, while drivers want to increase their earnings. So Uber has to offer cash incentives to encourage both groups to use its platform.

Reaching profitability in such an industry has so far proven difficult. Uber’s net loss declined from $8.5 billion in 2019 to $6.8 billion in 2020.

The company generated a net profit of $1 billion during the first half of 2021. Yet the profit was derived mainly from selling its ATG self-driving business to its start-up competitor Aurora for $4 billion.

In addition, the ongoing regulatory risks along with drivers who want to be classified as employees further contribute to Uber’s disappointing prospects. UBER stock currently trades at $46, down almost 9% YTD. The shares trade at 5.8 times current sales.

The last of our stocks to sell, Ann Arbor, Michigan-based Zomedica is a veterinary health company working on developing products for companion pets. Management announced Q2 results in mid-August.

Revenue came in at only $15,693, resulting from the sale of Truforma products used in veterinary diagnostics. The company incurred net losses of $4.7 million, or half a cent per share, compared to a net loss of $5.3 million or 2 cents per share, in the prior-year quarter. As of June 30, the company had an accumulated deficit of $110 million. Cash and equivalents ended the quarter at $276 million.

Zomedica recently launched Truforma, its first-ever commercial product. However, the Truforma system, which veterinarians use to run diagnostics on animals, has not yet sold well.

ZOM stock gained popularity during the meme stock hype earlier this year. After hitting $2.91 in February, the price plunged over 70% over the past six months. ZOM stock hovers at around 50 cents. It is still up more than 120% YTD.

With no shortcut to profitability anytime soon, Zomedica looks like a stock to sell in September. ZOM stock currently trades at 1.86 times its book value.

On the date of publication, Tezcan Gecgil did not have (either directly or indirectly) any positions in the securities mentioned in this article.

Tezcan Gecgil, Ph.D., has worked in investment management for over two decades in the U.S. and U.K. In addition to formal higher education in the field, she has also completed all three levels of the Chartered Market Technician (CMT) examination. Her passion is for options trading based on technical analysis of fundamentally strong companies. She especially enjoys setting up weekly covered calls for income generation.

The post 7 Stocks to Sell Now to Lock in Profits While You Still Can appeared first on InvestorPlace.