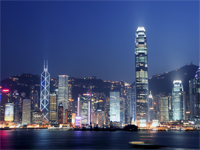 Goldman Sachs predicts the world's second-largest economy would relax its fiscal policies in the coming months to stoke growth following a downturn in production.

China's manufacturing PMI fell to 50.4 in July from 50.9 in the previous month, signaling a slowdown in production activity. The decline was bigger than the 50.8 estimates of analysts surveyed by Reuters.